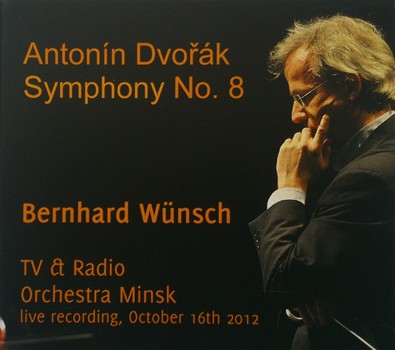 The Symphony No. 8 in G major, Op. 88, B. 163, was composed and orchestrated by Antonín Dvořák within the two-and-a-half-month period from August 26 to November 8, 1889 in Vysoká u Příbrami, Bohemia. The score was dedicated: "To the Bohemian Academy of Emperor Franz Joseph for the Encouragement of Arts and Literature, in thanks for my election." Dvořák conducted the premiere in Prague on February 2, 1890.

The Eighth Symphony is performed fairly frequently, but not nearly as often as the more famous Ninth Symphony ("From the New World"). In this regard the Eighth enjoys a similar status to the Seventh Symphony, despite the two works' marked differences. While the Seventh is a stormy romantic work, the Eighth is cheery and draws its inspiration more from the Bohemian folk music that Dvořák loved.

The work is in four movements: